It is required that any Officer, elected/appointed Shop Stewards/Committee persons unable to attend the regular, monthly local lodge meeting must notify Local Lodge 2210 President Lydia Roman, at least 1 day prior to said meeting, either in a written letter or by email to lydia.romaniam142@yahoo.com stating the reason you will not be able to attend, or you will be considered absent.  Contact President Roman if there has been an emergency situation for special consideration.

ARTICLE II OFFICERS AND THEIR DUTIES

In the event any officer of this Lodge, elected or appointed shop steward, and elected or appointed committeeperson, absents himself from two (2) consecutive, regular meetings without being excused therefore, and if there is no controversy as to the refusal to excuse being proper, such officer shall be deemed to have resigned his office.

All elected/appointed Shop Stewards/Committee persons shall be compensated for attending the meetings at a rate equal to but not greater than the amount of their monthly dues.  An excused absence by the President will be considered as attending the meeting.  The only excused absence for compensation will be Union Business, Vacation, or bereavement. 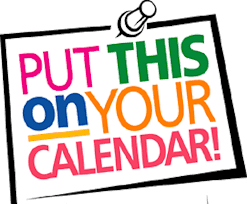 IAM Local 2210 - San Antonio and Austin © 2018 | Privacy Policy
We use cookies to ensure that we give you the best experience on our website. If you continue to use this site we will assume that you are happy with it.OK